Should your book cover fit in or stand out? 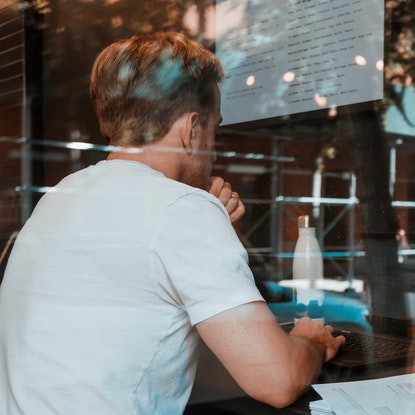 Should your book cover fit in or stand out?

A casual glance at any book shop display shows that every genre has its own cover design trends. This speaks to a common consideration and occasional source of friction between traditional publishers and new authors. The temptation can be for authors to want their book to ‘stand out’ from others in their category either because of an assumption that difference will lead to more attention or because they (understandably) want to convey that their book is new and different. However, what traditional publishers know from years of experience and millions in investment is that similarity sells. So much so that any in-house cover design briefing documentation invariably features a prominent section for thumbnails of ‘competitive titles’. By drawing inspiration from recent bestsellers in the genre, new books benefit from two effects:

Conversely, an entirely original design concept may make a beautiful piece of art in its own right, but it will take more mental effort for a potential reader to understand what to expect from your book and whether they’re likely to enjoy it. This is why new trends in cover design are almost exclusively set by major releases from publishing houses. (They have the marketing budget to break through this barrier.) For self-published authors, similarity sells.

Not at all. The goal should be good communication. A good design can effectively convey that your book is related to others in its genre through similarity and that someone who enjoyed those may also enjoy yours. There’s nothing wrong with that unless yours is so similar to a more famous title that it could conceivably be mistaken for it. This is more of a grey area.

The photo below shows three different books from three different publishers (HarperCollins, Penguin, Blink, Simon & Schuster) and by four different professional designers and photographers. They are all in the same very specific niche -- biographies of ex Special Forces officers who appeared on the same TV show.

The book on the left published first and achieved huge success, with over a million copies sold. Little wonder then that Penguin recognised an opportunity for another book in the form of the Jason Fox title released 6 months later. At this point, we’re still on the right side of the line. They’re clearly related, but there’s enough to separate the two as separate entities – the prominent font is less condensed, the color palettes are sufficiently different, as is the style of photography.

Another 6 months later, we have the third book. Compare the colours, the style of photography, the expression and the size of the face on the board, the dirtied faces and the stickers. I’ve seen the show and could still legitimately mistake one for the other.

These books are about four people who must have a significant amount of shared experience, but I’m equally sure that they are fascinating individuals in their own right and that more could have been done to distinguish their individual stories and personalities via their covers.

How you can do better

To be clear, I’m all in favour of paying attention to and following the conventions that exist in your genre. There is strong evidence that doing so is positively correlated with improved sales, the theory being that readers will give an unknown book a chance if the cover reminds them of one that they have previously enjoyed.

Trends within some genres change more frequently than others, which is why I recommend haunting your local book shop and getting to know the staff well. They may also be willing to tell you what has been selling well and what’s about to be returned. Check out the display tables for your genre and see which similarities you notice. What are the popular colors, fonts and style of photography or illustration? Take some pictures of things that you like. There will be common constituent parts that make these effective for you and you can (and should) borrow from these when you come to design your cover. Here’s one to get you started:

A random selection of thriller covers

What similarities do you see in this display of Thrillers? One popular convention in this genre is the use of condensed and sans-serif fonts. Another popular feature is large author names. This can pose a particular issue for new and unknown authors. I often see authors giving each other the feedback on their covers that it’s egotistical to make your name too large until you’re a famous author. This is rubbish. You have my explicit permission to make your name as big as you like if that’s what works in your genre – people will just think that they ought to have heard of you already.

Yet another convention and an effective way of lending narrative is to feature a landscape from the story with the outline of a character overlaid within the scene. A common pitfall here is to obsess too much over getting the exact details of the character or landscape exactly as you’ve described them. Try not to worry about this, even if you have an unlimited budget to cast the perfect model and fly them to the ideal location for a photoshoot. Giving away too much detail risks making your cover look trashy and unprofessional. It’s far better to leave something up to the reader’s interpretation and imagination. What matters most at this stage is conveying the emotion, not the accuracy of the details.

Now get out there and try it for yourself! (Or if it’s late / raining, you could start with some research via everyone’s favourite online retailer and corporate monolith, Amazon.)